Slavic people have always been close to nature. Many stories, prophecies and legends about the creatures hiding in nature, who are responsible for the changes taking place, arose from this closeness. They explained unexpected atmospheric phenomena, rapid weather changes and optical illusions. This is how stories about demons, deities and gods were created, which in time became beliefs. Czesław Białczyński wrote them down, calling these beings Boguns and Bogunkas. His Lexicon became an inspiration for me to create my own impression of selected phantoms. Creating a series of photographs and costumes Stworze, I did not reproduce the described concepts, but transformed old emotions through the prism of my own sensitivity and from the perspective of the present world with its knowledge and awareness.

Stworze are my original costumes inspired by the features of Boguns, as well as nature, among which I wanted to find them in photography.

I transformed and dyed all fabrics used so that their form was as close to nature as possible. I sewed some of them by hand to preserve their bulges and delicate texture. I imprinted plants on some using cyanotype. They are distinguished by Prussian blue characteristic of this traditional photographic technique. I created all the costumes for medium-format photography, which is an equivalent statement of the project. Stworze is a series of 14 photographs – a costume interpretation, which reflects on the elusive phenomena of the world around us. 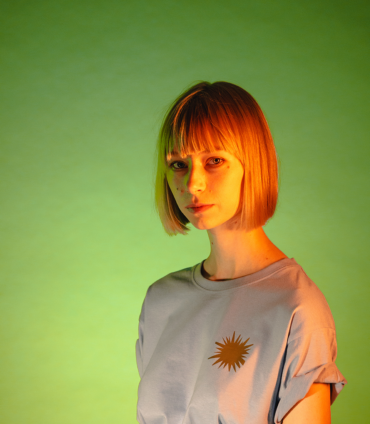 (born 1995)
Studies: Faculty of Stage Design at the Academy of Fine Arts in Warsaw (2014–2019) and under the Erasmus+ programme at Accademia di Belle Arti di Brera in Milan (2016). Scholarship from the Minister of Culture and National Heritage (2018). She designs costumes, set designs for films, music videos, commercial films and photo shoots, and works in photography; among others she made costumes for the Polish part of J. Porksen’s film Whatever Happens Next (2018) and designed costumes for M. Filipowicz’s film Chłopcy z motylkami (2018). She co-runs 18A Gallery in Warsaw, organises and designs exhibitions. 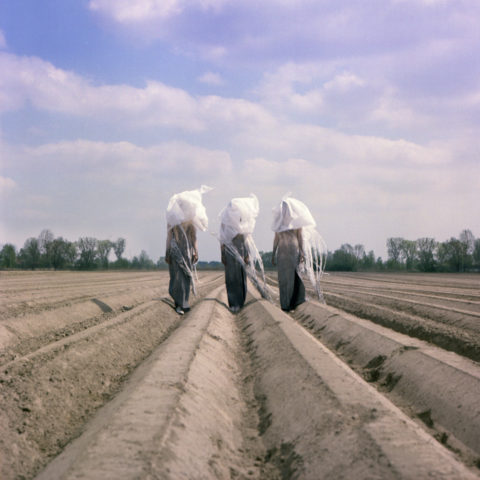