Self-portraits of women of the 21st century. Art, tradition, Internet

In my master’s dissertation titled Self-portraits of women of the 21st century. Art, tradition, Internet I analyse the phenomenon of the most popular self-portraits of women in the 21st century – selfies, using feminist art history tools and the theory of images by David Joselit and Hito Steyerl. I distinguished among them a category of deliberately constructed images, which I called meta-selfie. I study the relationship between the practice of creating a meta-selfie and the tradition of self-portrait in painting and photography, and I look at how the creators of meta-selfie use the conventions of depicting women captured from the canon of art history. I analyse the meta-selfie methods of dealing with the dominant visual order and empower them as one of the tools of feminist online activism. I study the movement of meta-selfie as a visual formula of the fourth wave of feminism, which is strongly focused on corporeality, action against harassment, physical violence, verbal violence such as embarrassment, but also visual violence – the dictate of the dominant conventions for creating female representation in the media and visual culture in general. Of course, it can be said that visual protest through selfies is not enough, that it is not revolutionary enough or expected by modern feminists – but is there currently any other proposal for visual action that would be implemented on such a large scale? In my work I have appreciated selfie-feminism as one of the feminist tools in the era of new technologies, which may be transformed into a weapon of mass visual destruction. On the other hand, I showed why a meta-selfie can be considered an extension of a long tradition of creating painting, photographic, performative self-portraits of women who traded the brush for a camera and then for a smartphone. Selfie is a modern way of portraying female experience. The meta-selfie is also a release of the representation of Venus, deities, nymphs, biblical and mythical characters by taking over conventions and Instagram gaze – recovering traditional imaging methods is an attempt to create an empowered representation and introduce a new gaze.

Therefore, observing what is happening online seems more important than images of women presented in museums and galleries. Instagram satisfies and feeds the feminine/girl need for representation. It is an ideal space for discussing the political nature of images, objectification and images of femininity, because social media itself is a conglomerate of various representations of women. In this sense, a museum was an earlier version of Instagram, filled with representations with which women either did not identify at all or were taught to identify with. By acting online, girls can take power, create their own representations, or reproduce known ones, which until now were the objectifing images of bodies. Attempts to reappropriate images are not only a sensible challenge to the dominant visual order, but also the joint creation of utopian possibilities, an alternative to the current state, where the rules of looking at images and bodies of women are radically changing; the power of meta-selfie, based on the conscious performative self-image, lies in the introduction of an equally performative gaze in which a single image and entire network of images are visible simultaneously. This is possible because meta-selfies work not through their singularity, but by creating a network of links and connections between people, groups and events. According to Joselit, the causative power and power of images is based precisely on the connections they produce and on using the rules of the world of art on their own terms. 1 As David Joselit emphasizes in his book After art: “One need not exit the art world or denigrate its capacities. Instead, we must recognize and exploit its potential power in newly creative and progressive ways. Our real work begins after art, in the networks it formats.”

Nobody promises that acts of intervention in women’s representations and gaze will be a great rebellion and visual revolution, and that the male gaze will cease to be an objectifying and appropriating one, but perhaps these weak images – own representations, photos, portraits and selfies are a way to change the visual space created by new technologies and images circulating on social media. This would be the fulfillment of the postulate of the artist and theoretician Audrey Wollen: “I hope the tomorrow’s weather is young girls collectively staring at their own image, erasing it, and then taking it again, erasing it, and then taking it again, until they get it right, until things are the way we want them to be. As long as they manage to capture their image, take control of their bodies, identities, and lives. So many times they will get rid of the accents of the male gaze until their image belongs to themselves.” Appropriating the visual sphere in social media can be a step in this direction. 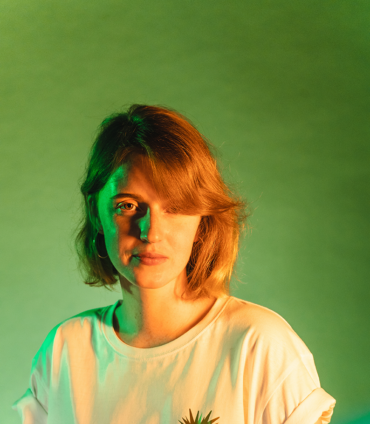 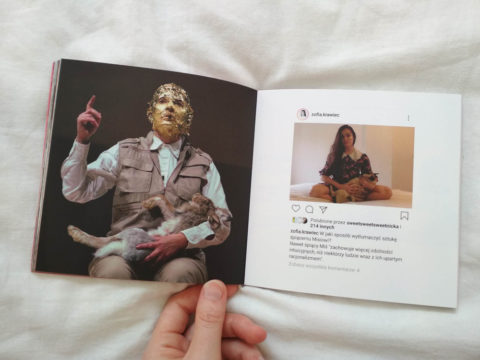